Over the years everyone could see there was no peace, no order, violence, oppression, dictatorship, death, torture, barbarism and of course chaos in the Middle East. The chaos is honestly the same as hundreds of years ago. It seems that advancement in civilization never happened in the Middle East.

Some countries were different, like Israel. Countries like Egypt were more stable compared with the rest of the Middle East, but still suffered from political instability. Jordan is a bit better with its monarchy. But those countries are not the norm, pity that.

It seems that the nation building after the first World War by England and France did not do much then only creating artificial borders surrounding new countries, many times cutting through areas from existing peoples, forcing the newly created countries to be ruled by minorities.

If you look closer, you can discover some strange things… strange in the mindset of someone from the west.
Education is extremely bad. For example, Palestinians do not like to go to school; only 6% of the children like to go to school and about 10% are able to read and write!
The word ‘Arab’ is the least understood by the people in the Middle East!
What is also particular is, that many peoples right on their lands is based on ‘who was there first’, according history. Even when they are not there. For example the Jews and the Palestinians.

The different flavors of Islam are also fighting each other, like the Shi’ites and Sunnis.
Countries like Iran, that country which is mostly Shi’ite, tries to dominate the Middle East, while the champion of the Sunnis is Saudi Arabia and it is fighting that influence.

Israel is the strange duck in the chaos of the Middle East. It’s a democracy, or that’s what the Israelis like to believe. Outside of Israel, they call Israel a parliamentary democracy, similar as Holland. But as each democracy on earth, it supposes to have a constitution to be a real democracy, and that’s missing in Israel. It has a so called ‘Basic Law’ instead. Also what is different, the Israeli government likes to present that Israel is a Jewish country! If they say it’s a democracy, it can’t be a Jewish country. If Israel is a country, where only Jews live, I would say it’s alright, but more then 30% of its population is not Jewish.

No country in the world is perfect, and lets just say that Israel is a democracy, the only one in the Middle East.

There is also Iran. That’s a Shi’ite Islamic state and a theocracy. It supports groups like Hamas and Hezbollah, whose methods (terror) helping their existence.

Hamas is located mainly in Gaza and the Palestinians. Its main purpose is supplying economical and social support to the Palestinians, but it has a strong military arm, which is focused on the destruction of the only democratical state in the Middle East: Israel. Hamas is supported mainly by Shi’ite Islamic groups and states like Iran. The support is money and weapons, not to forget military training.

In the north of Israel, we have Hezbollah, which is a Shi’ite militant group, which is supported with weapons and military training by Iran. The Hezbollah is not a social organization like Hamas, and its home location is in Lebanon. It’s a militia, even when it’s doing its best to look like an army. The organization gets support from Lebanon and Syria too. Its methods look more like a large terror group then a regular army and its purpose is clear for all to see. Its a front against Israel, to be used when its time, whenever that is.

Currently, the Hezbollah is being used to fight Sunnis in the civil war, which is tearing Syria apart. President Assad (his people belong to a flavor of Shi’ite Muslims) of Syria is fighting a civil uprising in his country, which is transformed into a fight against Sunni militants aimed to the destruction of his existence.

To make things more chaotic, ISIS or the Islamic State, is fighting everyone to expand the territory of their Islamic State, which covers currently Syria and Iraq. 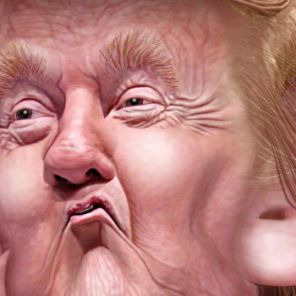 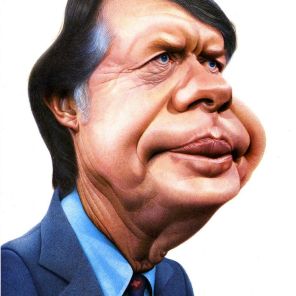